QUALITY CONTROL AND RATINGS: All standard production ASR Synthetic Line components are constructed in an ISO-9001:2015 Certified Facility and are inspected and tested in conformance with API Q1 specification standards.  This is listed in the description block of each item.  Our Mean Tensile Strength (MTS) ratings are the result of exhaustive testing, and our Working Load Limit (WLL) ratings use the 5:1 safety factor standard established for overhead lifting applications by the Cordage Institute.  Some companies may make up their own standards to pad product ratings, but not us!  We stick with proven standards and data-driven ratings.  We are happy to provide testing data upon request! 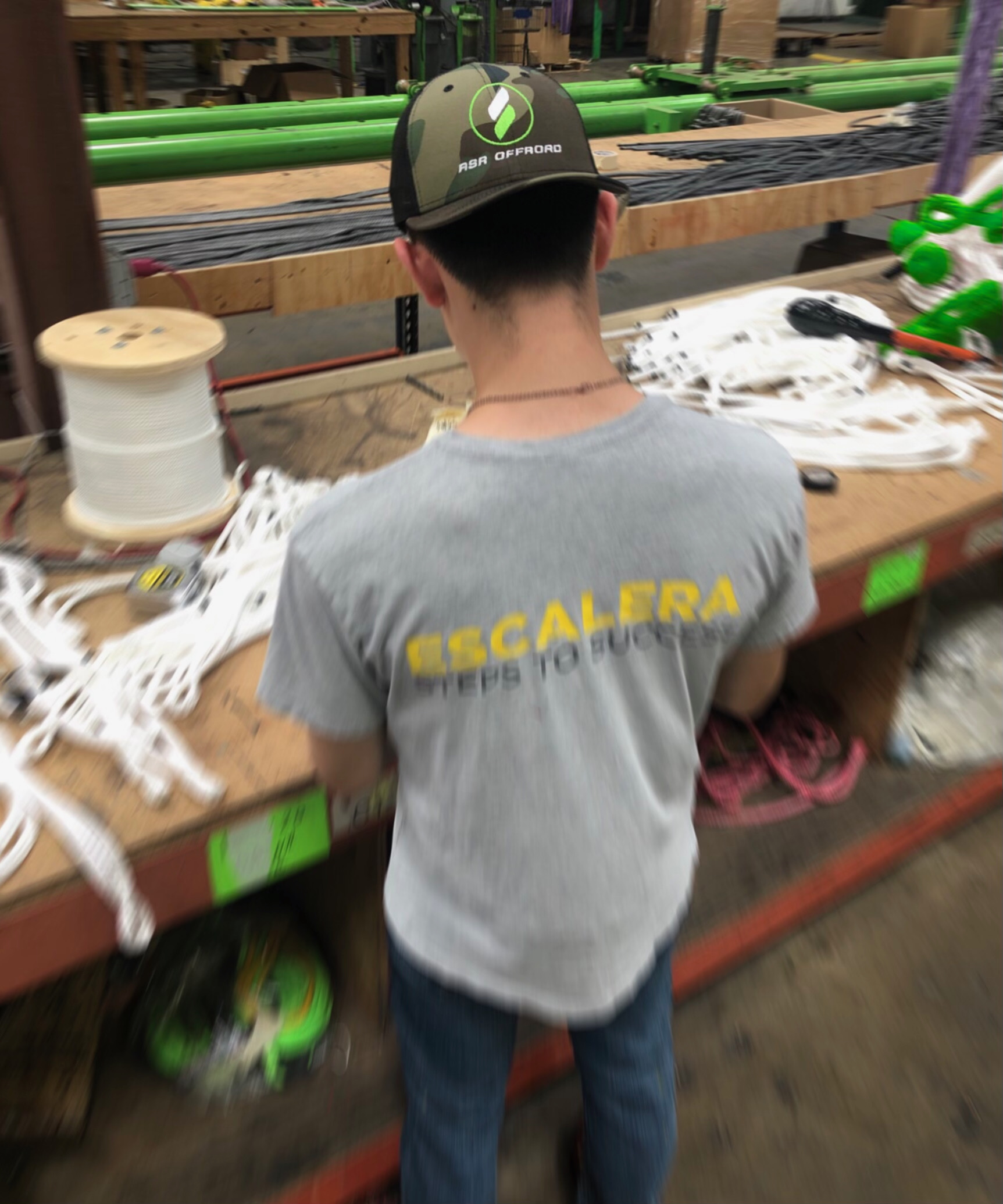 MINIMUM TENSILE STRENGTH: In the engineering world, strength of material is primarily measured in three ways - tensile strength, compressive strength and shear strength. Ultimate Tensile Strength (often just referred to as “Tensile Strength”, or TS) is a measure of how much force a material can withstand when being stretched or pulled. Because ropes are designed for pulling, their breaking strength is defined by their TS. TS is determined by destructive testing - by pulling a sample until it breaks, and noting how much force it took to break it. After breaking several samples, you can use the data to calculate an Average Tensile Strength and a Minimum Tensile Strength (MTS).  From a user perspective, MTS is the best measure of rope strength, because it is the strength at which the weakest test samples broke. Some manufacturers use Average Tensile Strength (always higher than MTS) because it makes their rope sound stronger, but the problem with this is that by definition, approx half the ropes are below average and therefore will break before reaching the Average Tensile Strength. Other companies use a more generic “Breaking Strength” rating, but this can make it unclear as to whether they are going with the Average or Minimum Tensile Strength, or something else entirely. 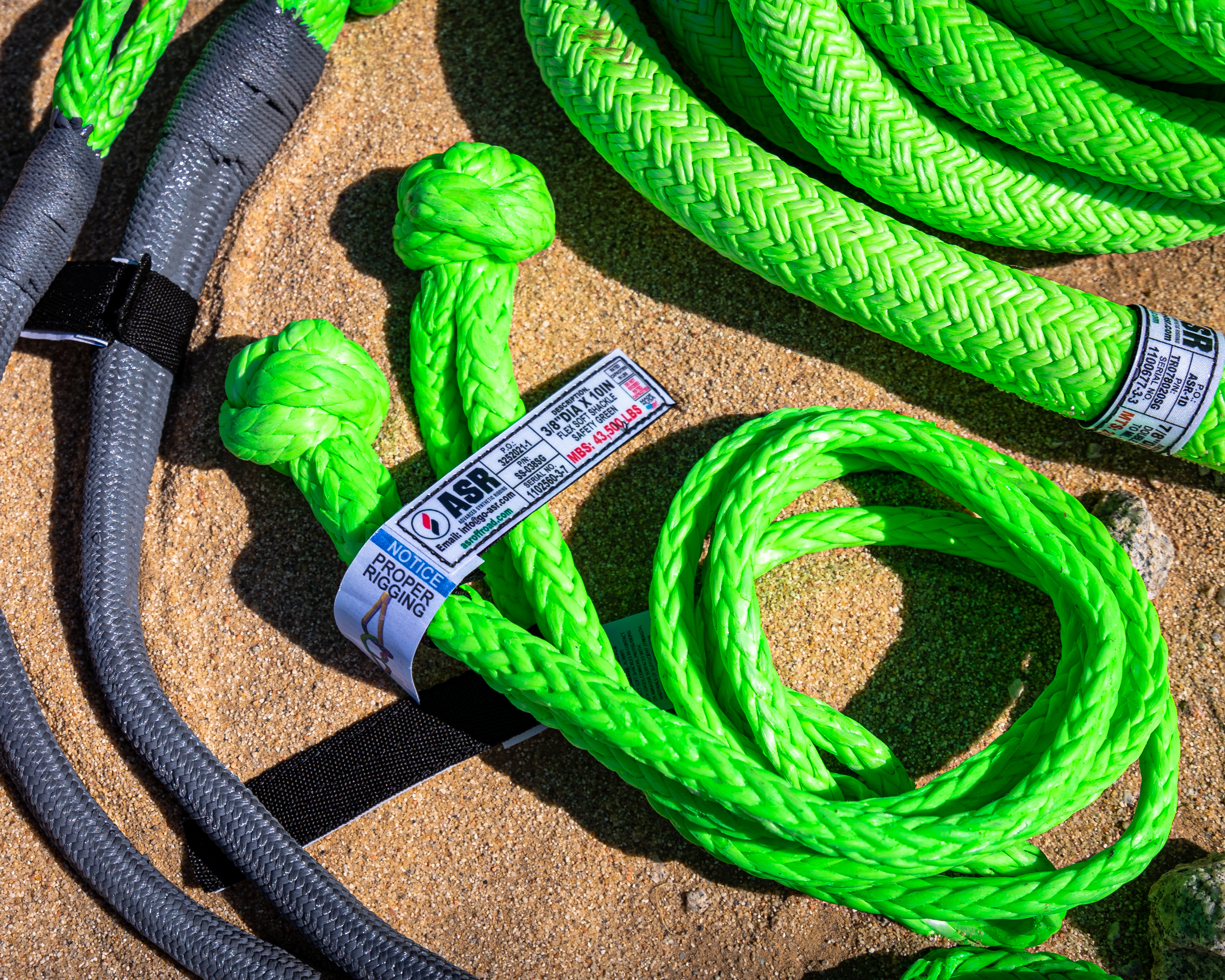 WORKING LOAD LIMIT / SAFETY FACTOR: Minimum Tensile Strength (MTS) [sometimes called minimum Breaking Strength (MBS)] is determined via destructive static pull - meaning that the rope/sling is put under a steadily increasing load until it breaks. However, a rope/sling in the field is often subjected to dynamic or shock loading, rapid cyclic loading, improper rigging configuration or other unexpected/adverse conditions while in use... and if it breaks it can create a VERY dangerous situation for the user. Assigning a proper Working Load Limit (WLL) rating helps to reduce the danger of overloading a rope/sling.  The Working Load Limit of a sling or rope is the MTS/MBS divided by a Safety Factor (SF). The point of a Safety Factor - also referred to as the Factor of Safety (FOS) or Design Factor - is to help prevent a user from overloading their rope/sling past the MTS/MBS. For example, a rope with a 25,000 lbs MTS and a 5:1 Safety Factor would have a 5,000 lb WLL.  Safety Factors are not regulated and can range all over the place, and are usually related to the application. For example the Cordage Institute (which generates standards for rope use) recommends a Safety Factor “in the general range between 5:1 and 12:1”, while the towing industry and many hardware manufacturers commonly go with a 4:1 Safety Factor and some militaries use a 2:1 Safety Factor for vehicle recovery gear.

Your cart is empty.